It is said that the first generation started making tobacco products after receiving an order from the local clan around the year 1800. During the Meiji period the third generation created the Fujino Kemuri, which was rumored to have an aroma even better than Tokyo’s famous Tengu, putting the shop and Saga on the map. After the Tobacco senbai-ka※1 business was shifted to selling clothing, which continued until 1934.

The old wooden signboard for the Morinaga Clothing store still hangs on the northern storehouse facing the old Nagasaki Sugar Road. You can also see the Shimazu crest of a cross within a circle, given because of the founder’s name Jusuke Morinaga and the connection to the government-provided leaves of the Satsuma clan.

The buildings were certified as a Saga Prefectural Heritage site in 2012 and were then added to the Saga City Cultural Museum in April of 2016.
In 2015 renovations were made to the inside, while the exterior was preserved as it was. Today the buildings are used as a tea shop, Nabeshima style hand-craft workshop, and storefront for hand-crafted goods.

A tea shop where you can enjoy the qualities of Japanese tea, including Ureshino-cha.
For more information, please click here.

The first floor is a gallery of fashionable Saga crafts. On the second floor is the Nabeshima Dantsu workshop.
For more information, please click here.

Here you can watch a crafting demonstration of “Nabeshima Dantsu a cotton carpet first made in Saga during the Genroku era.
For more information, please click here. 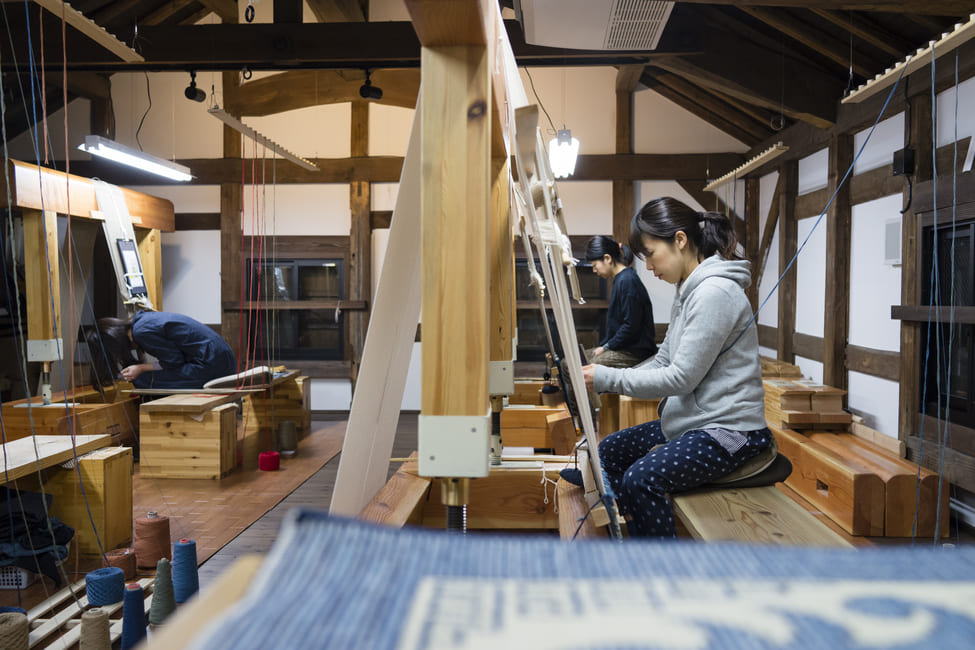