The Former Koga bank was originally established by Zenpei Koga, a money changer in 1885. Initially the office was preserved for the Nakamura Residence. The existing building was newly rebuilt in 1906, and the large addition on the west side was built in 1916. It is said that at the time of this renovation the outer plaster walls were replaced by its iconic tiles. The current extraordinary form of the building is the result of a large-scale renovation plan by the architect Umanosuke Funaki.

A year after the bank’s dissolution the building began to be used as the Saga Chamber of Commerce until 1954, after which it served as the Saga Prefectural Labor Hall until 1986. It was then occupied by the Saga Prefectural Headquarters until July of 1992, when it became the property of the city. Two years later reconstruction began to remove the more recent Showa era renovations and restore the interior and exterior to how it was in its Taisho era prime. The bank was designated as an Important Cultural Property of Saga City in 1995, and has been open as a part of the Saga City Cultural Museum since 1997.

A restaurant and cafe where you can enjoy lunch or tea time accompanied by relaxing music in the Old Koga Bank.
Try our original coffee brewed with carefully selected beans, or our Roast Beef Sicilian Rice. 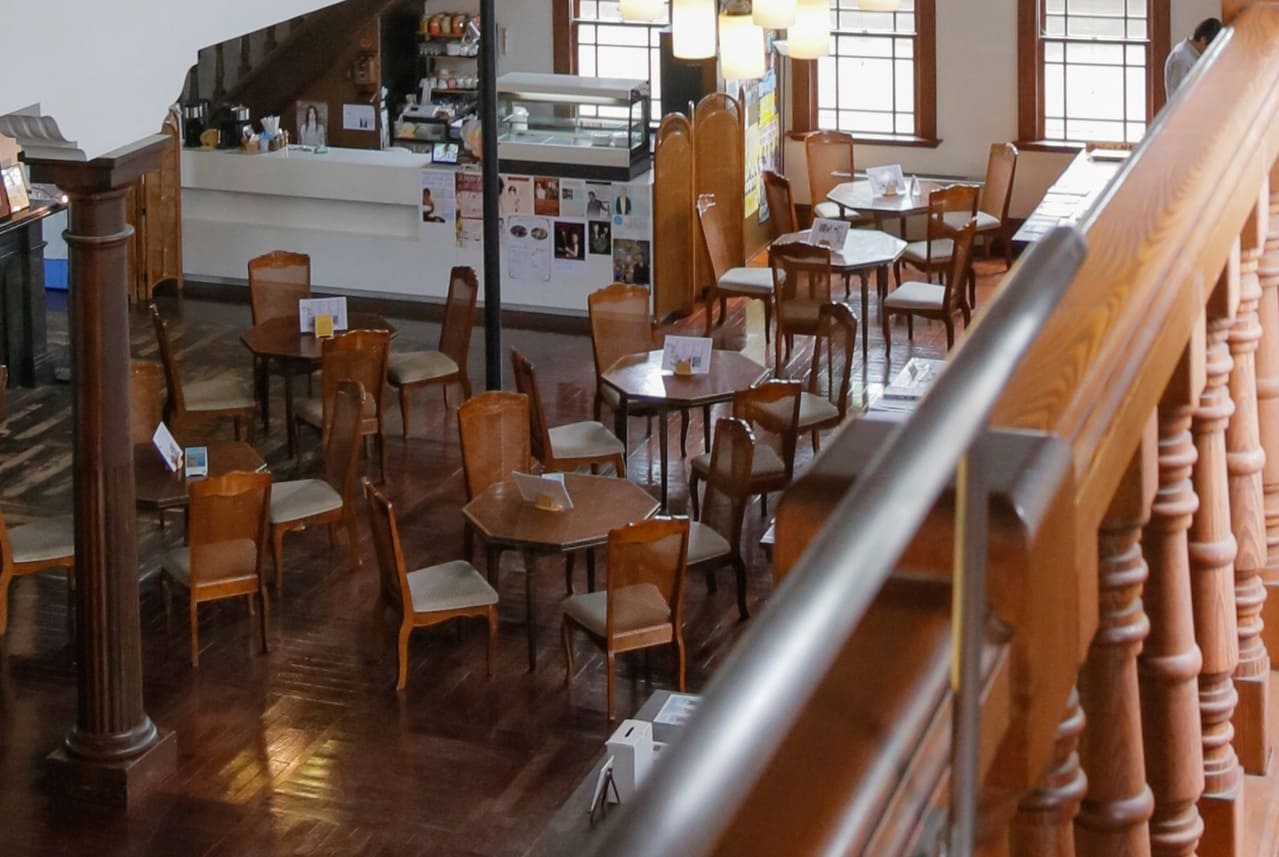 For more information, please click here.
Our venue can be reserved for private events such as concerts. As such, we recommend calling ahead before your visit.